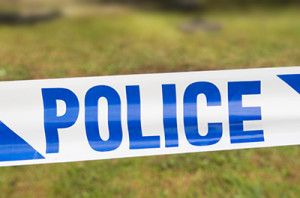 Family liaison officers have warned they are being stretched to breaking point as cuts to police officer numbers begin to hit this specialist role.

There are some 3,500 family liaison officers (FLOs) in England and Wales, specially trained to offer immediate support to families during a period of great anxiety and grief, while simultaneously investigating and gathering evidence in often high-profile cases.

But officers carrying out the job have said that cuts to officer numbers are seeing them working off duty on evenings, weekends and days off.

A DC from a south east force said in the four years she has done the job it has become much more “stressful”.

She said: “The role has changed. When I first started, everything was very textbook. You always had a key family liaison officer on the case and then someone else to assist them and pick up when they weren’t there.

“Now there are not enough of us to do that throughout the investigation, even though the force tries very hard to make sure you have all you need.

The officer said the demands of the job mean that she has to take calls on evenings, weekends and days off. She added: “The role has become more stressful – I am often doing things outside my normal hours. That is stressful, in terms of the time you give the family. You cannot leave it behind.”

A detective constable, from Greater Manchester Police, who did not want to be named, added: “I love my role and I care for my families with a passion, but with all the cuts, it makes it harder to spend more time with them, and constantly being nagged to go back to your ‘day job’.”

An officer from Cumbria Constabulary said: “Being a family liaison officer the most satisfying but hardest role within the police. We do not get paid extra or were even considered for Special Priority Payment, when we had it. It is a totally unique role, which just can not be measured in the figures and I pride myself on assisting people in their most traumatised moment.”

Paul Ford, secretary of the Police Federation of England and Wales’ National Detectives Forum, said 3,500 family liaison officers is “a good number”, but acknowledges that like the rest of the service, the role is experiencing a squeeze.

He says: “One of the issues we have to contend with as a service is that we are 16,000 police officers lighter across the board. The role of the family liaison officer is critical. They provide outstanding support and are one of the most important roles. I have deployed family liaison officers as an investigator and the feedback from families is tremendous. It is a hard job and a very intense one. They are so committed, flexible and professional.”

“FLOs perform crucial roles in supporting families at the highest level in the most serious of circumstances.

“Most detectives realise that it’s critical for a successful inquiry for that role to be in place and support to be provided.”