Only way is ethics for West Yorkshire Police officers 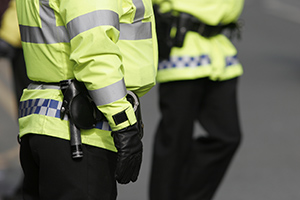 The Code of Ethics – the first national document setting out the standards of professional behaviour for police officers and staff – is being sent to forces this month.

It defines what “exemplary behaviour within policing looks like, and has practical examples for officers and staff to use in their everyday jobs.” It is understood that forces will accept the document on behalf of their officers and staff rather than individuals having to “sign up it”.

The police document is divided into ten areas covering honesty and integrity; authority, respect and courtesy; equality and diversity; use of force; orders and instructions; work and responsibilities; confidentiality; fitness for work; conduct; and challenging and reporting improper conduct.

Examples of phrases that officers will have to sign up to in the draft document included, “ensure your decisions are not influenced by self-interest or considerations of personal gain,” a promise to “step forward and take control when required” and to “only give orders or instructions which you reasonably believe to be lawful.”

Police officers will – according to the draft document – have to agree to “maintain strictly professional behaviour when on duty, including not engaging in sexual conduct or other inappropriate behaviour.”

In the code’s section on fitness for work, officers are told they must not make themselves “unfit or impaired for duty as a result of drinking alcohol, using an illegal drug or using a substance for non-medical purposes or intentionally misusing a prescription drug”.

It will become a code of practice in the summer under the Anti-Social Behaviour, Crime and Policing Act 2014. Chief constables must have regard to the code in carrying out their functions as operational leaders of the service.

The College of Policing’s chief executive, Chief Constable Alex Marshall, said it is not a discipline code, but one that outlines for the first time what the public can expect from police.