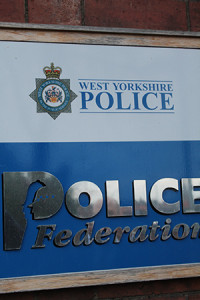 West Yorkshire Police Federation has described Channel 4 Dispatches documentary on the national Federation as “deliberately slanted with an anti-Federation perspective.”

“The programme did not paint the Federation nationally in a positive picture at all,” said the federation.

A spokesman said: “There is no doubt that in the past the actions, self-interest, and practices of some individuals at the National HQ has caused concern and we can fully appreciate that it has caused anger and upset amongst members.

The Federation is an amalgamation of 43 separate Forces with the National HQ and Executive working at Leatherhead. Whilst governance and HQ may need reform the work of local boards and local reps is acknowledged in the Review report in positive terms and deemed to be effective in terms of the work undertaken.”

The spokesman added: “In West Yorkshire we have nothing to hide and in terms of finances, (we fully comply with all the HMRC regulations), or any of our working practices.

“Our role is twofold, to represent members in all matters affecting their welfare and to be involved in issues which affect the efficiency of the Force.”