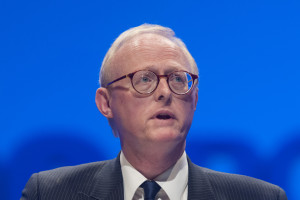 Police officers must spend more time preventing crime if the service is to succeed in times of economic austerity, the policing watchdog has said.

Tom Winsor, HM Chief Inspector of Constabulary, (pictured) made the remarks in his State of Policing Report – the Annual Assessment of Policing in England and Wales 2012/13, which was published today.

The report said: “It is essential that every effort is made to get upstream and stop crime wherever and whenever that can be achieved. The police must always remember that its first obligation is to prevent crime and keep the peace”

Crime prevention is “enormously cheaper” than the investigation of offences or the imposition of sanctions, the report said.

“It saves lives being lost, damaged or wasted, and it is far cheaper in terms of the time, work and money expended on dealing with its consequences, and in terms of the indirect costs to society as it corrodes the fabric of orderly and peaceful living and of the sense and reality of public safety and security.

“Virtually all of the costs in the criminal justice system, and in dealing with the consequences of crime, are incurred downstream of the offence,” the report added.
The new annual report added that policing was ‘damaged but not broken’.

Mr Winsor said: “Controversies and revelations of a serious and negative nature in relation to the conduct of some police officers, both past and present, have hurt public confidence in the police, and the morale of the very great majority of honest, hardworking, committed and brave police officers has suffered as a consequence.

“The police service has been damaged, but it is certainly not broken. It is primarily the responsibility of the leadership of the police to repair the damage.

“It is my view and that of the Inspectors of Constabulary that honest, professional police officers are disgusted and distressed at instances of police corruption – for that is what dishonesty is – and are rightly deeply offended and hurt when the media and others attempt to disparage all on the basis of the discreditable actions of few.”

The report said that despite budget cuts forces were performing well and most had “credible plans” to balance their books. It added that forces had taken “substantial steps” to protect front line roles.
See the full HMIC report here