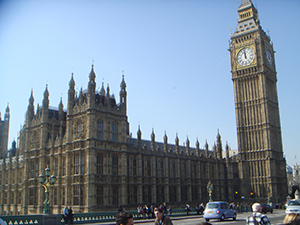 Police officers killed in the line of duty will not be subject to inheritance tax, the Chancellor of the Exchequer has confirmed in his 2014 budget.

George Osborne told the House of Commons that the Government will be “waiving inheritance tax for those in our emergency services who give their lives protecting us”.

The move was welcomed by the  Police Federation of England and Wales.

Steve Williams, chairman, said: “Emergency service personnel are ordinary men and women doing extraordinary jobs in difficult circumstances. When lives are lost in the line of duty it is right that their incredible sacrifice should receive special recognition by the state.”

Public sector pay restraint – which police officers have been suffering from since 2011 – is an “essential part of sound finances and stability”, the Chancellor also told the House of Commons during the budget on 19n March

Mr Osborne – who made no mention or reference of any further budget cuts to Home Office during his speech – did state there “will have to be more hard decisions and more cuts” in the next Parliament.

Other announcements in the budget were that the amount people earn before tax will also go up by £500 to £10,500.

The chancellor also froze petrol duty, cut bingo tax from 20% to 10%, froze Scotch whisky and cider duty and cut a further 1p from a pint of beer – but put the price of cigarettes up.

The Fire Brigades’ Union said the cut to inheritance tax for emergency service workers killed on duty is a gimmick.

“Inheritance tax only applies to those leaving more than £325,000, so it is hard to assess how many would actually benefit,” said Matt Wrack, general secretary.

“Meanwhile, the families of all firefighters, including those killed at work, will be worse off as a result of government attacks on our pensions.”

In response, Labour leader Ed Miliband said people are £1,600 a year worse off under the Tories since the 2010 General election

He added that he believed the one group that is better off under the current government is millionaires.