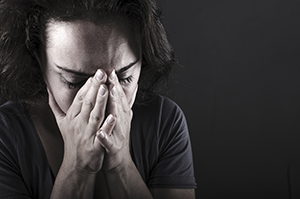 West Yorkshire Police has been largely praised for how it responds to victims of domestic abuse in a new HM Inspectorate of Constabulary report.

While HMIC “found that there are some risks in the way West Yorkshire Police deals with victims of domestic abuse” it added that inspectors found that “tackling domestic abuse is a priority for the force and it worked well with partners.”

The report – Everyone’s business: Improving the police response to domestic abuse – found that “Protecting vulnerable people and tackling domestic abuse are clear priorities for the police and crime commissioner (PCC) and the force. Staff have a good understanding of their importance and take their roles in tackling them seriously.”

It added that “the risk to victims of domestic abuse who are being dealt with by the safeguarding unit is well managed”.

HMIC stated inspectors were concerned that “there are a number of inconsistencies in the processes and across the force area, which means that the force cannot be confident that risks to victims of domestic abuse are assessed effectively and measures are put in place to maintain their future safety in all cases.”

And it made seven recommendations for the force, including that front counter staff, call handlers, dispatchers, frontline staff and specialists should receive training appropriate to their role, and then regularly receive refresher training.”

Paul Ford, lead on domestic violence for the Police Federation of England and Wales, said: “The HMIC report states that every 30 seconds officers are contacted by a victim of or witness to domestic violence and that eight per cent of all recorded crime is related to domestic violence. It is vital that forces ensure their frontline supervisors have the appropriate training and support to help them manage this destructive crime.”

ACPO Lead on Domestic Abuse, Assistant Chief Constable Louisa Rolfe, said: “Domestic abuse is core police business. The leadership of the service has said that domestic abuse is a priority and we are committed to working with HMIC to make sure this is the case in every force.”

ACPO also tweeted “thanks to the police officers commended for their ‘tireless work’ to protect victims of domestic abuse.”