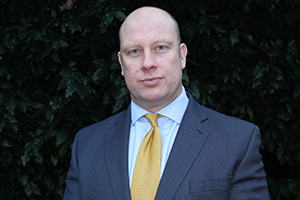 West Yorkshire Police officers have been praised for their dedication to the public as they face further cuts to pay and increases to pensions kicking in at the beginning of April.

Nick Smart, West Yorkshire Police Federation chairman, (pictured) paid special praise to the hard work of officers who are once again suffering cuts to their standards of living at the hands of the Government.

He described it as a “perverse April fool’s joke.”

On Tuesday 1 April, thousands of experienced officers will lose a further 25 per cent of their Competency Related Threshold Payments.

They will also see their pension contributions rise on April 1.

The majority of English and Welsh officers on the 30-year Police Pension Scheme will then be paying 14.25 per cent of their salaries into their pensions. It was meant to be to 14.20 per cent but the Government tacked on an extra 0.05 per cent.

Police officers have no negotiation rights on their pensions.

Mr Smart said: “We are extremely angered that the Government have singled out the police service with an extra pensions rise to what was agreed over a three year term.

“Every pound matters for officers at the moment as the cost of living continues to rise.

“We have had pay and increment freezes and some of our longer serving colleagues are now going to see their Competency Related Threshold Payments become 50 per cent less than what they used to be. They will be phazed out altogether in two year’s time.

Mr Smart said the “one bonus” to the changes to police officer pay and conditions happening on 1 April is that officers at the start of their careers – and some sergeants – will once again be eligible for increment payments.

“But it seems to be a case of robbing Peter to pay Paul,” he added.

Mr Smart concluded: “It is a credit to the professionalism and dedication of West Yorkshire Police officers that despite these financial challenges being imposed on them by the Government, they continue to come to work, roll their sleeves up and provide and deliver an excellent service to our communities.”