Would officers pay cash to be a copper? 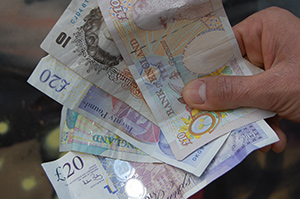 Police officers have hit out angrily at plans to introduce chartered status to the role – which could cost them more than £100 a year.

Officers have been told they may have to pay a fee to do their job if proposals from the College of Policing come into being. The college has asked officers and staff – as part of a consultation – whether they would be prepared to pay a subscription fee and in return for a certificate giving them the authority to do their job.

The suggestion is part of a move towards creating a more ‘professional police’ service and bringing the role more in line with chartered bodies such as lawyers and accountants. Members of these groups are asked to pay around £100 a year to maintain their chartered status.

The results to the consultation are currently being analysed, and the college has said there are no plans “at present” to introduce the fee. Lord Stevens also mentioned a similar plan in his independent review of policing.

However Bobbies on the Beat have been critical of the proposed move.

A PC from Greater Manchester Police, who asked not to be named, said: “I am going to be working longer to get less pension, have had several years of pay freezes and below inflation rises and pension contribution increases – and now they want more money out of my hard earned wage? I don’t think so.”

A PC from Surrey Police added: “Surely this madness has got to stop? As far as I see, this government will not be satisfied until every officer in England and Wales is ex-public school with a millionaire’s bank balance.

“It is stomach churning for the majority of us to have to watch the job we cherished, and were once proud of, reduced to a cash generator only accessible to the rich. I fear this will force many people to leave.”

Steve White, Vice-Chairman of the Police Federation of England and Wales, said the staff association supported any measures aiming to further professionalise the service – but stressed that potential recruits should not deterred from applying for financial reasons.

In a strategic intent document, the College stated: “There are no immediate plans to charge membership fees. However, we will explore all forms of membership, including voluntary subscriptions, as we develop our plans for the professional body.”