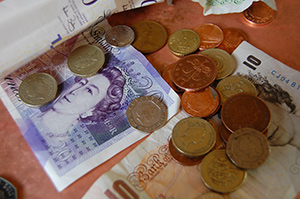 The Home Office has confirmed in a letter to the Police Negotiating Board that police officer pension contributions will rise for the third straight year on 1 April.

In a letter to the Police Negotiating Board, Police Minister Damian Green stated: “Public employees across the spectrum are undergoing reform of their pensions and pay restraint; there is no justification to exempt police officers from this. I know that police officers, like others, are concerned about the prospect of increased pension contributions.

“While I recognise that officers pay high pension contribution rates compared to other public service workers, it is also true that contributions are paid over a shorter period than others and that police pension schemes provide very valuable benefits.

“Police officers will continue to retire earlier than many public sector employees and to draw upon their police pension for a longer period.”

Exact increases for individual officers depend on which of the two schemes officers are in and on their basic annual salary.

Although discussions have taken place about pension changes through the Police Negotiating Board officers have no negotiating rights on their pensions.

A new police pension scheme – which will see officers having to work longer before claiming their pensions for a smaller return – is scheduled to be introduced to the service in 2015.

Previously, Ian Rennie, general secretary of the Police Federation of England and Wales, labelled the changes as “an unjustifiable, arbitrary levy on our members”.

He added: “If this is the case, members’ only option will be to opt out of their pension scheme. This could have serious implications for the financial viability of the police pension schemes.”