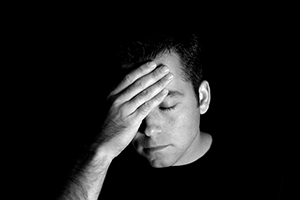 There has been a 15 per cent increase in the number of sick days police officers are taking off due to stress-related illness as they buckle “under more strain than ever before.”

A Freedom of Information Act request has revealed that police officers in England and Wales had 250,000 days off last year due to stress-related illness. Reports are that there are currently 787 officers are currently signed off for stress across 35 forces.

A spokesman for the Police Federation of England and Wales said: “The unprecedented cuts to the police service have meant that officers are under more strain now than ever before, with 16,000 officers having been lost in the last three years.

“Our members are being asked to do more and more with fewer resources and while they have risen admirably to the challenge it is inevitable that the increased pressures they’re facing will have an impact on their health and wellbeing.

“The Police Federation is working closely with the Association of Chief Police Officers and the College of Policing on measures to combat officer stress and played a key role in the introduction of new flexible working guidelines.”

The Samaritans have highlighted signs that could show a colleague is feeling under pressure. These include irritableness, nervousness or drinking or smoking more than usual. If someone becomes withdrawn, loses interest in their appearance or is putting themselves down in a serious or jokey way, they might also be reaching out for help.

Officers who are feeling under high levels of stress can speak to Occupational Health at their force, their GP or call a helpline such as the Samaritans on 08457 909090.