Will all cops end up with cameras? 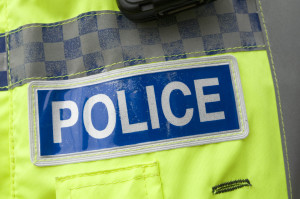 Officers around the UK are now spending less time writing statements thanks to the introduction of body cameras.

Around 20 forces across England and Wales have introduced the light portable cameras which advocates say protect officers and the public, increase guilty pleas and save officers’ time.

In January the Home Office kicked off a £1.4 million trial of the technology, providing extra funding for cameras at Gwent, Hampshire, Leicestershire, Durham, Thames Valley and the Met. The devices, no bigger than Airwave radios, are clipped onto the stab vest and are ready to use whenever evidence is there to be collected. Footage can then be uploaded straight onto the force’s IT system.

Detective Inspector Mark Parish, in charge of the Domestic Abuse Investigation Unit at Leicestershire Police where body cameras have been used for more than a decade, said cameras should be used to collect evidence in all policing scenarios. He said: “The response from officers has been brilliant.”

Mark Smith, Chairman of Essex Police Federation, believes that not only do cameras increase the incidence of guilty pleas, they also provide better evidence: “The camera shows the incident at the time.

You could arrive to a domestic, for example, and you get a lot of information from the footage – the first images of the incident, how that person is acting, victim injuries, and that can be rolled out to other things – public order, motorist behaviour and so on.

Steve Williams, national Chairman of the Police Federation of England and Wales, is is also in favour of the new technology, which can reduce complaints against officers, according to evidence from the States. He said: “Any measure that helps secure best evidence is to be welcomed.”

Nigel Rabbitts, of Devon and Cornwall Police Federation, said there are ‘only plusses’ to the kit and that at his force, guilty pleas have gone “through the roof”. He added: “It is a really good tool.
Every officer on duty should be wearing one.”

PC Rob Webb, who has worn a camera on the front line at Devon and Cornwall, added: “They are brilliant. There can be no allegations of collusion or fabrication – the evidence is there in black and white. They reduce complaints, reduce unnecessary court appearances and make statement writing easier. It is not about replacing policing skills – just enhancing the ones you already have.”