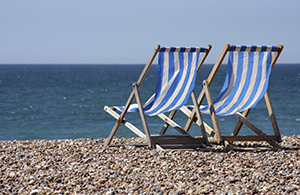 Policing parents who take children out of school during term time to go on holiday could be risking their professional standards departments pulling them up for misconduct.

Members of the public – including police officers – whose children fail to attend school are liable for a £60 – £120 fixed penalty notice under Section 444 of the Education Act 1996 (amended regulations 2013). This could potentially place a “conviction” on a police officer record if a fine was not paid.

Police Federation chairmen have said that with falling officer numbers and leave increasingly being restricted for officers during school holidays, many bobbies are being left with no option but to go on holiday during term time.

And they have called on the powers that be to make police officers an exemption to this law – as with members of the armed forces.

Mark Smith, chairman of Essex Police Federation, said: “It cannot be right that a police officer receives a criminal conviction for wanting to spend time with his or her family and to go on holiday with them and is stopped from doing so in the ‘correct’ time because of restrictions placed on them by a force.

“And those restrictions are being placed on the force by Government cuts.”

He added: “It is not in the officer’s control – they would love to take time off during the school holidays to take their children away but they are being stopped from doing so. They should not be penalised for wanting to have a family life.

“And it is only going to get worse – the fewer officers we have, the more restrictions that are going to come in.”

Mr Smith said he understood that “in some forces they are saying this is misconduct and bringing the force into disrepute.”

He said: “If officers receive a criminal conviction, you have to refer it to your PSD. We are approaching our chief and deputy and asking that they don’t pursue the conduct issue, should any of our officers receive a fixed penalty notice for failing to send the child to school because they wanted to have a holiday – as a direct result of not being allowed to have time off.”

Neil Bowles, chairman of South Yorkshire Police Federation, said: “Head teachers have been told not to authorise it unless it is a very, very exceptional circumstance.

“We are obviously worried. The fact police officers have had so much leave cancelled during the summer that they don’t often get an option as to when they can take their leave. We believe we should be treated just like the armed forces.”

A source at the Department for Education said that the were no exemptions under the act and that it was up to individual headteachers to consider “exceptional circumstances” on a case by case basis.