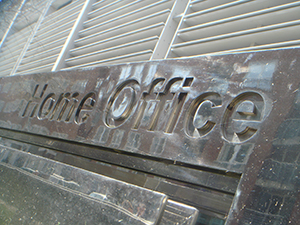 The Police Federation does need to reform – but the vital service the Federation provides to officers in very difficult and challenging times must not be forgotten.

That was the message from PFEW chairman Steve Williams after a handful of MPs debated the Normington report on the Federation for two and a half hours on 13 February. The main message coming from the

Parliamentary debate was that the Federation needs to reform itself or parliament could look to use legislation to force change.

Mr Williams said: “Sir David Normington’s independent review of the Federation was thorough and robust. It made 36 recommendations; all of which are currently being democratically worked through in the run up to the Federation’s annual conference.

“We accept there are many areas that need urgent reform but what must not be forgotten is the vital service the Federation provides to officers in very difficult and challenging times. Police officers hold a unique and proud position in society, yet with this position comes many restrictions on their private lives.

During the commons debate on the Police Federation, David Davis MP argued that the government should force reform on the Federation through legislation – but many disagreed.

He told MPs the Federation had a ‘noble beginning’ – set up following police strike since 1919 so that police officers had a voice but would not have the right to strike but had turned into a “bloated and sclerotic body, and has acquired the worst characteristics of the worst trade unions that we thought—and hoped—we had seen the end of in the ’70s”.

However, despite references to the need for more transparency and reforms around issues such as finances, behaviour and expenditure there was an agreement that the Federation was best placed to implement the recommendations made by the Independent Review.

Keith Vaz, chairman of the Home Affairs Select Committee, also announced they would be launching an inquiry into the Police Federation and would release more details next week.

Mr Vaz said the review findings had been scathing but paid tribute to the leadership for instigating the review and that it should not be ‘dictated by parliament’.

Crispin Blunt (Conservative MP) warned that if the Federation did not reform themselves it would be for parliament to do it for them.

The handful of MPs who took part voted by a majority to endorse the motion, which said “this House notes the Independent Review of the Police Federation…and calls upon the government to take action to implement the report’s recommendations and to reform the Police Federation”.