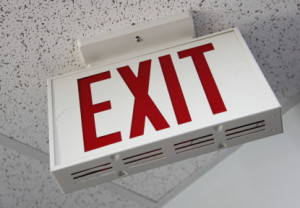 Police Federation representatives have sounded a note of caution over the Home Secretary’s compulsory severance decision – fearing that there may be another battle over it in the future.

Federation chairmen from across the country roundly welcomed the “fantastic news” that Theresa May had ratified the Police Arbitration Tribunal’s ruling and agreed that redundancy will not be introduced for police officers in England and Wales.

But they also took note of her carefully worded statement.

While announcing her decision, Mrs May said she had “decided to accept the Tribunal’s recommendation not to implement measures to introduce compulsory severance at this time.”

And in a warning to police officers, she added: “This remains a reform I believe government and the police should continue to consider.”

Neil Bowles, chairman of South Yorkshire Police Federation, said: “After three years of catastrophic reforms of police pay and conditions, our members will be pleased to hear that sense has been seen and the independence of the office of constable is to be preserved for the time being.”

However he added: “The question of compulsory severance and uncertainty remain.”

Nick Smart, chairman of West Yorkshire Police Federation, said: “We welcome the Home Secretary’s decision – but there is a note of caution as the Home Secretary has intimated it could be a possibility in the future.

“We must remember this is a small victory in what has been a constant attack from Government on police officer pay and conditions.”

Gordon Armstrong, chairman of Northumbria Police Federation, described the decision on 13 February as “fantastic news, which will be welcomed by rank and file police officers across the country.”

He added: “Many officers will be extremely relieved at this news in difficult times for all.”

In December, the Police Arbitration Tribunal decided that introducing officer redundancy to the service would be a “momentous change” and that the case for bringing it into the service was not “compelling”.

Chief officers had, in their words “reluctantly” been pushing for compulsory severance at the Police Negotiating Board. In ACPO’s response to the Home Secretary’s PAT ruling last week, Deputy Chief Constable Francis Habgood, national policing lead for reward and recognition, echoed Mrs May’s wording about not bringing in police officer redundancy “at this time”.

He said: “Although we might question some of the rationale behind the PAT decision, we accept the decision not to introduce compulsory severance at this time.”

And speaking to PoliceOracle.com following the decision, former chief constable Dr Tim Brain said Compulsory severance will “probably” be introduced to the Police Service in the future. He made the point that police staff associations should work hard to get their members the best deal in any future negotiations.