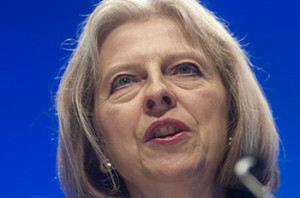 The Home Secretary has ratified the Police Arbitration Tribunal’s ruling and agreed that redundancy will not be introduced for police officers in England and Wales.

Theresa May said she had “decided to accept the Tribunal’s recommendation not to implement measures to introduce compulsory severance at this time.” However in a warning to police officers, she added: “This remains a reform I believe government and the police should continue to consider.”

Nick Smart, chairman of West Yorkshire Police Federation, said: “We welcome the Home Secretary’s decision today. But there is a note of caution as the Home Secretary has intimated it could be a possibility in the future.

“We must remember this is a small victory in what has been a constant attack from Government on police officer pay and conditions.”

In December, the Police Arbitration Tribunal’s decided that introducing officer redundancy to the service would be a “momentous change” and that the case for bringing it into the service was not “compelling”.

The three person arbitration panel, chaired by Prof John Goodman CBE, “rejected” recommendation 46 of the Winsor 2 pay and conditions review, which wanted: “The introduction of a system of compulsory severance for police officers with less than full pensionable service from April 2013.”

“The Staff Side’s presentation of the possible damaging effects on the ‘psychological contract’ between officers and forces was, in the Tribunal’s view, more persuasive.

“Officers were required to accept a number of sacrifices and restrictions in their personal lives and, on occasion, put themselves in harm’s way. The knowledge that despite making these sacrifices, an officer could still then be subject to compulsory severance as part of workforce planning was, in the Tribunal’s view, detrimental to the mutuality of commitment between officers and forces.”

In a ministerial statement on Thursday 13 February, Mrs May also said she had “decided to accept [the PAT’s] recommendation on restricted duties and will implement the reforms it has put forward.

She added: “These reforms build on the changes we have already implemented following the two reports of the Winsor Review. We remain committed to the Review’s principles and objectives, in particular linking pay and skills, and modernising management practices.”

Deputy Chief Constable Francis Habgood, ACPO’s National Policing Lead for Reward and Recognition, said: ”Although we might question some of the rationale behind the Police Arbitration Tribunal decision, we accept the decision not to introduce compulsory severance at this time.

“Chief constables reluctantly supported compulsory severance because of concerns about the financial situation beyond 2016 but it was always seen as a last resort, only to be used when there were extreme budgetary pressures.”