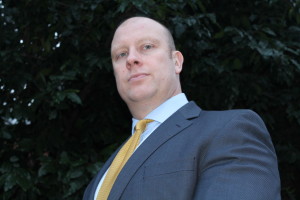 Police pensions could become unaffordable for officers as the Government continues to bump up officer contribution rates, the chairman of West Yorkshire Police Federation has warned.

The Home Office’s plan to raise police officer contributions to14.25 per cent in April “raises serious questions of fairness and affordability”, the Police Federation of England and Wales has warned.

He added: “Not content with destroying pensions for tens of thousands of mid service and younger police officers and our futures, they have increased pension contribution to14.25% for all.

“It was supposed to be  a maximum of 14.2% but they added a 0.05% extra for good measure, just for the police service, and without justification.

“Despite our reasoned and evidence based representations, they have simply ignored our submissions and decided to increase again.  One would be forgiven for thinking this is a deliberate ploy to drive officers out of the pension schemes and reduce cost.

“We now face the real prospect of pensions potentially becoming unaffordable for many of us.”

Mr Smart’s comments were echoed by Ian Rennie, general secretary of the Police Federation of England and Wales. He labelled the proposed changes as “an unjustifiable, arbitrary levy on our members”.

He added: “If this is the case, members’ only option will be to opt out of their pension scheme. This could have serious implications for the financial viability of the police pension schemes.”

In April last year the majority of English and Welsh officers on the 30-year Police Pension Scheme endured a 1.25 per cent rise to their monthly contributions, up to 13.5 per cent. Under the new proposals, this will increase to 14.25 per cent on April 1.

Exact increases depend on which of the two schemes officers are in and on their basic annual salary.

Although discussions have taken place about pension changes through the Police Negotiating Board officers have no negotiating rights on their pensions.

A new police pension scheme – which will see officers having to work longer before claiming their pensions for a smaller return – is scheduled to be introduced to the service in 2015.