PCC asks for pennies to pay for police 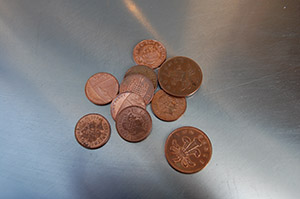 West Yorkshire council tax payers are to be asked to pay “less than a penny extra” to help pay for the recruitment of 126 police officers and 70 essential police staff roles.

Police council tax in West Yorkshire is currently the third lowest in England and Wales and the increase would mean an average 5 pence a week extra for two thirds of households across West Yorkshire.

The Police and Crime Panel will consider the PCC’s proposals at their meeting on 7 February and the eventual budget must be agreed and publicly issued by 1 March.

Mr Burns-Williamson warned that, even if the budget proposal is agreed and 126 police officers and 70 staff can then be recruited in 2014/15, there will still be an overall reduction in the number of officers (98) and staff because of the need to make significant savings due to the ongoing severe reductions in government funding.

Mr Burns-Williamson said: “I know that people are facing financial challenges and have ruled out going any higher with the precept because I don’t think it would be fair in the current economic climate, but it is essential we strive to maintain frontline policing.

“It is a difficult balance and would mean around £2 a year extra for most households.”

He added: “This investment is essential to ensure that the most pressing needs of West Yorkshire are met, to ensure maximum efficiency and effectiveness of the fast diminishing numbers of police officers and police staff.”