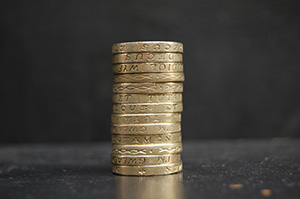 A former Head of Employee Relations and Human Resources at British Airways is to be chairman of the Police Remuneration Review Body (PRRB) – expected to replace the Police Negotiating Board.

David Lebrecht became chairman of the “National Crime Agency Remuneration Review Body” on Monday (20 January). Subject to Parliament’s approval, the PNB will be abolished later this year and a PRRB established.

Once established, the NCA Remuneration Review Body will be abolished.

This successor body will be renamed the NCA and Police Remuneration Review Body.

Instead, the new PRRB will consider evidence submitted by interested parties and advise the Home Secretary, who will make all final decisions on pay.

Mr Lebrecht, who is currently an employment relations consultant, has been member of the Prison Service Pay Review Body. He has been appointed by Prime Minister David Cameron until August 2018.

Home Secretary Theresa May has also appointed five members of the review body. They are Dr Brian Bell, a Lecturer in Economics at the University of Oxford and a Tutorial Fellow at Lady Margaret Hall, Elizabeth Bell, Group Talent Development Director at Kingfisher and Christopher Pilgrim, HR Director at RWE NPower and a member of their Senior Management Team.

Two former police officers are also part of that five. They are Pat Stayt, former National Secretary of the Police Superintendents’ Association – who has great experience of police pay and conditions negotiations – and Heather Baily, who was previously Deputy Chief Constable of Hertfordshire Police.

These five appointments will be to 31 August 2017.

According to the advert for all the roles, which were publicised last year, the chairman will be paid £350 a day, while members will receive £300. They will be expected to work 28 to 35 days a year.

The abolition of the PNB follows a recommendation in the Winsor II pay and conditions review. Once the new Review Body is established, police pensions will be handled by the Police Advisory Boards for England, Wales, Scotland and Northern Ireland and the pay of ACPO ranks will be set by the Senior Salaries Review Body.

The Police Federation for England and Wales has described the decision to abandon PNB as “extremely disappointing”. It has argued that police officers give up many employment rights and it is only fair that this should be recognised by a process of collective bargaining.

The Scottish Government has pledged to continue with a police negotiating board and to legislate for binding arbitration.