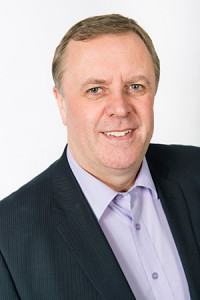 West Yorkshire Police is “well on its way” to improving its crime-recording practices, police and crime commissioner Mark Burns-Williamson has said.
In written evidence to the Public Administration Select Committee, which is carrying out a national inquiry into crime statistics, Mr Burns-Williamson (pictured) said the force was currently undergoing an internal audit into crime recording.

HMIC is also expected to publish the results of a national inspection of police crime data integrity in autumn this year.

“I am interested to see the results from the current HMIC crime-recording inspection – which I fully expect to show some areas for improvement – but feel that West Yorkshire Police is well on its way to improving its crime recording practices,” said Mr Burns-Williamson. “This will remain a key focus for both myself and the chief constable.”

In his evidence, Mr Burns-Williamson warned of “perverse incentives” arising from setting targets in the past.

“As an example, the old police authority set a target to increase the sanction detection rate for domestic violence cases. There was concern that this incentivised police officers to proceed with cases despite poor quality evidence,” he said. “Therefore the impact – either intentional or unintentional – of any targets set needs to be carefully considered.”

The commissioner said that the only target set for West Yorkshire for 2013/14 was to reduce the risk of domestic burglary so performance in that area is better than similar forces.
However, he added that a number of other “performance indicators” are also being tracked for change over time.

The Public Administration Select Committee is examining whether appropriate checks are in place to ensure crimes are recorded properly and therefore whether the government and public can have confidence in crime statistics.

Last week (15 January) the UK Statistics Authority stripped police-recorded crime figures of the National Statistics designation mark, seen as an official stamp of quality. The “downgrade” comes amid serious concerns over the integrity of crime figures.