“Overdue reforms – but the daily business goes on…” 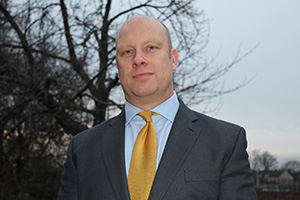 Responding to the independent review into the National Federation, Nick Smart, (pictured) said: “I think there is a large element of common sense in there in terms of some of the recommendations.

“Reform of the Federation is rightly overdue – we need to acknowledge that and acknowledge what members are saying.

“There are over 30 recommendations and the vast majority are very workable. There are one or two that we would need to thrash out in more detail. But on the whole there are no real surprises. And I think most Joint Branch Boards will be open to change at a local level.”

He added: “The daily business of the Federation still goes on. We are still there to represent officers. Nothing changes in that respect.

“It is more of an internal review in that respect in terms of the restructuring of the Federation. We need to do some work around perception in terms of trying to get out and make some individuals understand what we do and that they do get good value for money from the representation that they do get.”

Mr Smart said West Yorkshire Police Federation would be discussing and negotiating the 36 recommendations in the report.

He concluded: “There are a couple of recommendations that we would take issue with, for example – they are talking about the chair and secretary being of different rank – we think it should be the best person for the job.

“In terms of member services – the national body want to take control of that to some extent. We would like to retain member services locally, to get the best deal for our members. So there is some negotiation regarding that.”