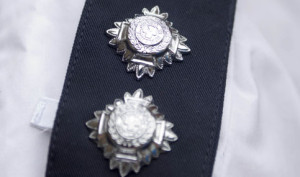 The working conditions of inspectors and chief inspectors continue to be “exploited and abused” by managers in the service, the Police Federation of England and Wales has said.

The Fed’s inspectors’ central committee have put together a 28 page document as a guide to member’s working conditions – in an attempt to “reduce the abuse of our ranks’ goodwill.”

The inspecting ranks’ overtime was “bought out” as part of a nationally negotiated deal in 1994.

A spokesman states: “During our on-going discussions at the Inspectors Branch Board Secretaries’ meetings and the clear strength of feeling felt across the country in relation to the deterioration of members working conditions, we received requests for a similar document to the Metropolitan Inspectors’ booklet ‘Exploding the Myths’ being produced for circulation nationally.”

The document outlines some of the “myths” and “realities” behind working conditions of inspectors and chief inspectors.

Some of the facts it states/emphasises are:

You can see the full working conditions document here.

A study last year by the Police Federation of England and Wales revealed that police inspectors and chief inspectors regularly work in excess of the 48 hour week limit specified in the Working Time Regulations.