“Bobby tax would put people off joining the job” 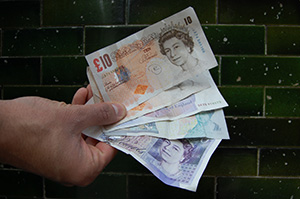 A £1,000 “bobby tax” for prospective police officers risks stopping the service looking like the public it serves, an MP has warned.

Siobhain McDonagh, Labour MP for Mitcham and Morden in London, asked “Do you want the police to be like us, or only for the rich?”, referring to the new Certificate in Knowledge of Policing. Ms McDonagh has also started an online petition against the new cost.

She raised the issue at Prime Ministers Questions on Wednesday 15 January.

She said: “The Government are doing something very silly that’s going to make our community harder to police. It’s something I feel so strongly about I’ve raised it in Parliament. The Government is putting a tax of around £1,000 on anyone who wants to be a police officer.

“As if the cost of living wasn’t bad enough already they’re bringing in a new Bobby Tax.

“From now on, anyone who wants to apply to become a police officer can forget it, unless they can cough up a grand to go on a new course they’ve invented called the Certificate in Knowledge of Policing.

“Without paying the money, you won’t even be allowed to apply for the force, let alone have an interview or get the job.”

According to the College of Policing: “The Certificate in Knowledge of Policing is a means towards achieving the Diploma in Policing. The Diploma is a requirement for all new police constables, and is the national minimum professional qualification.”

It will cost prospective police officers between £750 and £1,000 to attain.

The College adds: “It is for each individual police force to decide whether applicants to become police officers will need to have the Certificate before they apply. The Metropolitan Police is the first force to require this for new candidates who are not special constables; other forces are following suit.”

Ms McDonagh added: “The Army stopped all that back in 1871, when they realised it was better to give the job to people based on merit rather than on how rich or posh they are.

“Why should our best, most talented youngsters have to fork out £1,000 for the privilege of joining the police?

“It doesn’t make any sense. Most of the young people from Mitcham and Morden won’t be able to afford that – so we’ll end up with police officers from wealthy backgrounds, who don’t know the first thing about what it’s like to live in a community like ours.

“But that’s not going to happen now, is it? A thousand pounds is too much for people from round here to afford.”

Responding at Prime Minister Questions, PM David Cameron said: “What we are trying to do through the College of Policing is even further professionalise this vital profession – I will make sure the Home Secretary contacts her about this particular issue.”

The College of Policing says the “Certificate gives you an understanding of policing and police law, and to demonstrate some of the critical decision-making skills that are required for the job.”

If people cannot afford the £750 – £1,000 they are advised to “enquire about any available funding from individual providers.”