Winsor hits out at officers’ social media use 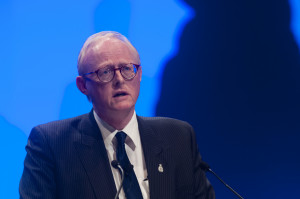 Police officers who use Twitter while on duty have been criticised by a watchdog for having extra “time on their hands”.

Bobbies on the tweet were slammed by Tom Winsor, Her Majesty’s Chief Inspector of Constabulary, who insisted those who use social media are not a “representative sample”.

Mr Winsor told the Public Administration Select Committee after a poll revealed 90 per cent of police officers do not believe police-recorded crime figures.

Committee chair Bernard Jenkin MP asked Mr Winsor: “Do you recognise that there is at least a degree of concern about the faith of officers themselves in the information that they are providing to their superiors?

“I’m certain there’s a degree of concern. I’d be astonished if every police officer were asked that 90% mark would be attained,” Mr Winsor replied. “My experience of social media and the police is that those who participate in it are not necessarily a representative sample.”

Mr Jenkin asked if the chief inspector accepted that there was a “deep cynicism” among officers about their own command chain.

Mr Winsor replied: “I’ve met many police officers who have a deep cynicism about their command chain, not just in the Met.

“But the vast majority of police officers do not spend their time complaining about their bosses. They spend their time preventing crime, looking after the safety of the public and catching criminals which is why they joined.

“Those who participate in social media and blogs and so on are people who’ve got time on their hands.”

Steve White, Vice-Chairman of the Police Federation of England and Wales, said: “Social media provides a valuable tool for police officers not only as an outlet to disseminate and gather information but also as means of building relationships with the community.

“As with every aspect of their role, police officers using social media must always ensure that they do so in a professional way and not post anything which could be considered offensive or inappropriate.

“Social media also provides a vibrant platform for debate and while officers should obviously never post operationally sensitive information it is important that they are afforded a degree of freedom of expression by their forces.”

HMIC clarified his comments, stating: “HMIC is happy to clarify this remark. Mr Winsor and HMIC are entirely supportive of the excellent engagement and intelligence work police officers and organisations carry out through online channels, which intensifies and enhances the quality of communication between the service and the public.

“Indeed, HMIC has commented in several inspection reports on the importance and benefits of officers having a strong online presence, and engaging with the public they serve through a range of communications channels.”