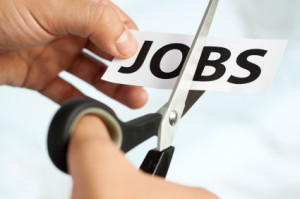 The Police Arbitration Tribunal has ruled that compulsory severance will not be introduced for police officers.

Arbiters decided that introducing officer redundancy to the service would be a “momentous change” and that the case for bringing it into the service was not “compelling”.

However a final decision still lies in the hands of Home Secretary Theresa May.

The three person arbitration panel, chaired by Prof John Goodman CBE, “rejected” recommendation 46 of the Winsor 2 pay and conditions review, which wanted: “The introduction of a system of compulsory severance for police officers with less than full pensionable service from April 2013.”

“The Staff Side’s presentation of the possible damaging effects on the ‘psychological contract’ between officers and forces was, in the Tribunal’s view, more persuasive.

“Officers were required to accept a number of sacrifices and restrictions in their personal lives and, on occasion, put themselves in harm’s way. The knowledge that despite making these sacrifices, an officer could still then be subject to compulsory severance as part of workforce planning was, in the Tribunal’s view, detrimental to the mutuality of commitment between officers and forces.”

The ruling stated: “There have been many changes introduced into the police service in recent years. On balance, these changes have resulted in a deterioration in police officers’ terms and conditions.

“The introduction of compulsory severance would be yet another change, probably more far-reaching than all of the others.

“In principle, the case for the introduction of such a fundamental measure, whether used or not, needed to be compelling. In the Tribunal’s view, this was not the case.”

The Police Federation of England and Wales said after the PAT decision “clearly this is the best possible outcome for rank and file officers.”

The view put forward by the Official Side on the meaning of restricted duty was accepted, so now the definition and potential pay reduction applies to officers unable to undertake the full range of duties of a police officer. Staff Side remain concerned that this could lead to discrimination for disabled officers.

It added that the tribunal’s overall decision now rests with the Home Secretary for ratification in due course.