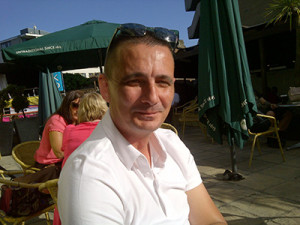 Essex Police’s PC Ian Dibell (pictured) has been awarded the George Medal for gallantry by the Queen for his brave actions on the day he lost his life tackling a gunman.

Other officers to receive prestigious gallantry medals are PC Jon Henry, of Bedfordshire Police, (posthumously) for attempting to apprehend an armed suspect, GMP’s PC Claire Murphy, who saved the life of a drowning woman, and the Met’s PC Colin Swan for evacuating women and children from a burning vehicle.

Steve Williams, chairman of the Police Federation of England and Wales, said: “It is truly humbling to see so many of this country’s police officers nominated for such a prestigious award. These awards rightly recognise some incredible acts of courage, bravery and commitment.

“Policing is a fine institution and we are extremely proud that we have so many selfless, dedicated and hardworking men and women within the service.

“The officers nominated act as an example and inspiration to us all and are testament to the dangers and challenges faced by officers every day. They are all a credit to the service and to the communities that they serve. Congratulations to each and every one of them.”

PCs Henry and Swann have been awarded the Queen’s Commendation for Bravery. PC Murphy receives the Queen’s Gallantry Medal.

PC Dibell is the first police officer in the country to receive the George Medal for 21 years.

Mark Smith, Chairman of Essex Police Federation, said: “PC Dibell’s courage and dedication to his duties and his care for those around him will always act as an inspiration to all who served with him.”

He added: “PC Dibell knowingly confronted an extremely dangerous and life-threatening situation. This did not alter his decision-making and we are humbled and proud that his bravery is being recognised by this prestigious honour.

“PC Dibell’s family, friends and colleagues have lost a great man but this award pays respect to this loss in recognising his incredible selflessness and the ultimate sacrifice he paid for his community. We will never forget him. We will always remain proud.”

Chief Constable Stephen Kavanagh, said: “Essex Police could not be more proud to learn that PC Ian Dibell has been awarded the George Medal.

“This award ranks PC Dibell, quite rightly, as one of the bravest people in the country. He has been recognised posthumously for his immense courage and sacrifice. We all owe him such a huge debt of gratitude.”