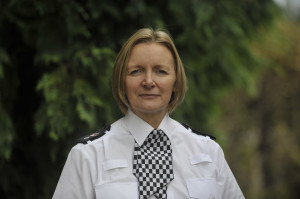 Superintendents and chief superintendents in England and Wales are finding it difficult to keep on top of their workloads, their staff association has warned.

Irene Curtis, president of the Superintendents’ Association, (pictured) said she is concerned pressures on her members are consistently increasing, while numbers steadily fall. A little more than three years ago there were some 1,600 officers in the two senior operational ranks – there are now only 1,250.

“Areas of responsibility are huge. In terms of visible leadership, managing change and working with partners in big geographic areas or big departmental areas, these are big asks of people. What we are seeing is more and more of our members finding it difficult to keep on top of their workloads.”

Ch Supt Joanna Young is Secretary of the Metropolitan Police branch of the Superintendents’ Association. She said: “What I can tell you is that, across the board – and this may be totally unconnected – we have noticed a higher level of sickness among superintendents and chief superintendents and I have noticed more people seeking professional support. This could be as a result of pressures at work or it could be for other reasons.

“We are however concerned enough to say ‘have we got this right?’ We have raised it with the Met’s management board, citing examples of the pressures officers are under. To be fair, the management board are looking at those issues and taking them seriously.”

Ch Supt Young said all officers in the senior operational rank – similar to chief inspectors and inspectors across most forces – are being encouraged to record the hours they are working. She adds it is a source of “huge frustration” that some have not maintained this discipline.

Every three years, the Superintendents Association of England and Wales carries out a “personal resilience” survey – where it quizzes members on levels of work and the pressures of the job.

A similar survey is due next year.

Ch Supt Curtis said she would now like to see from chief officers a greater “recognition of the work our members are doing and consideration of the numbers”.

Mike Cunningham, Chief Constable of Staffordshire Police, is the national lead for workforce development. In a statement he said that senior leadership teams were “always mindful of how financial decisions affect operational resilience, with any negative impacts being a cause for concern.”