Computer misuse – It’s just not worth it 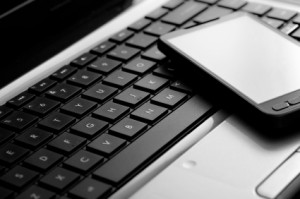 West Yorkshire Police officers falling foul of computer misuse in the force could risk losing their jobs, the federation has warned.

Ned Liddemore, discipline leader and vice chairman of West Yorkshire Police Federation, said officers “should be aware of our obligations and personal responsibilities in the use of the force’s computer systems.” He said officers should not be using the police computer systems unless it is in connection with their current role as a police officer.

He added: “Should an officer decide to look into an incident that he or she has no involvement with then that is classed as ‘information leakage’ – you do not have to pass that information on, merely viewing it with no reason is enough to fall foul of this offence.

“West Yorkshire Police will most definitely pursue any individual who goes against their policy within the ‘gross misconduct’ arena and possibly even criminally.”

The Police Federation of England and Wales has issued guidance to local federations around the country to say that the legal funding of computer misuse matters would not be approved in the majority of cases due to the warnings and guidance that are given by individual police forces.

Mr Liddemore added: “Being nosy is not an option for officers – it is looked at most seriously and could lead to colleagues actually being dismissed. The Force have issued enough warnings and should you fall foul of the standards expected with regards computer misuse you will pay dearly. It’s not worth it so don’t do it.”