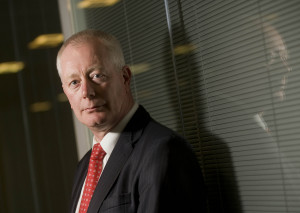 There is no available legal challenge for police officers to the Government’s planned changes to their pensions, the Police Federation of England and Wales has said.

Ian Rennie, general secretary, (pictured) said that after The Public Services Pensions Act 2013 became law “as we expected, the Government has avoided the protections contained in section 2 [of the] Police Pensions Act 1976.”

He added: “No legal challenge under section 2 is available.”

However Mr Rennie added: “In terms of the detail, we continue to monitor the legal position. The new scheme and transitional arrangements must be legally compliant.

“We are pressing to ensure that [the changes] are legally compliant, and if in the future they are not and members have claims which are likely to succeed, we will support them.”

The government announced last year that from 2015 a new “career average” pension scheme for officers will replace the current final salary scheme and a new “normal” pension age of 60 will be introduced.

Average member contributions will increase to 13.7 per cent.

The government also announced that there will be no change in pension age or amount received at current pension age for those who at 1 April 2012 were aged 45 or over or are members of the 1987 Police Pension Scheme and aged 38 or over and 10 years or less away from being able to retire with a maximum 30 year pension.

Mr Rennie was responding to a new Home Office circular on police pensions, published on November 19. He added: “While discussions will continue for some time on unresolved matters, the circular sets out the Government’s final position on some of the detail, including further information about how transitional arrangements will apply.

“Pensions are a central part of police officers’ terms and conditions and a matter of the utmost concern to our members.

“We have not welcomed and do not welcome pension reform, but we have sought to ensure that the position on the detail is as beneficial to members as possible.

“There are aspects of the detail in the Circular which provide some reassurance to some members, and which we welcome, including:

Mr Rennie concluded: “We remain committed to ensuring that our representatives and members have as much information as possible to enable them to understand the implications of the changes that have been announced and have produced a further FAQ document dealing with the Home Office Circular which is available on our website, using the link below:

His message is in response to this Home Office circular